The American Whiskey landscape is largely dominated by Kentucky bourbon. In 2020, between the 18 distilleries on the Kentucky bourbon trail, over 2.1 million new American oak barrels were filled with new make spirit. Despite the overwhelming popularity of bourbon, over 130 distillers throughout the United States are choosing to branch out from the highly regulated business of bourbon and explore the wide open world of American Whiskey.

In Brooklyn New York, New York Distilling Company have embraced America's pre-prohibition spirit of choice: rye whiskey. New York Distilling's Ragtime Rye has earned the designation of Empire Rye. This new standard of identity is given to rye whiskies that follow a strict set of regulation which showcases the quality of New York state grown rye. Along with 27 other distilleries, New York Distilling has championed this new category of American Whiskey. Ragtime Rye is packed full of flavours such as Szechuan peppercorn, dried apricots, and dates, with a hint of caramel to round out the taste.

Three thousand kilometers to the west, Boulder Spirits in Boulder, Colorado take inspiration from the Scots. These American single malt whiskies begin with 100% malted barley imported from the UK. After being distilled in a 1000 gallon copper pot still their whiskies are aged in No.3 charred new American oak barrels at a mile high elevation. Boulder Spirits lineup of American single malts include an unpeated, peated, and port cask finished whiskey. The combination of 100% malted barley and new charred American oak gives these whiskies a fruity, nutty, and slightly sweet characteristic. 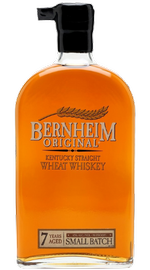 Back in Kentucky, Heaven Hills Distillery (known for bourbons such as Elijah Craig, and Evan Williams) have turned the tables on the traditional bourbon mash bill of 51% + corn and opted to make a wheat whiskey. Bernheim Original Wheat Whiskey is made from 51% wheat with the remaining mash-bill made up of corn and malted barley. Bottled in batches of no more than 100 barrels, Bernheim gets its sweet flavour profile of buttered pancakes, cinnamon buns, and salted popcorn from the high percentage of wheat.